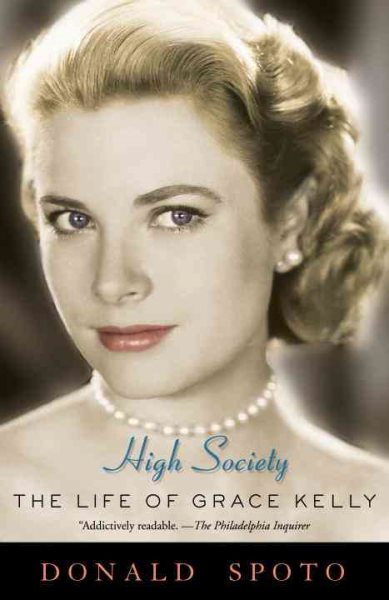 Drawing on his unprecedented access to Grace Kelly, bestselling biographer Donald Spoto at last offe... Read More
Drawing on his unprecedented access to Grace Kelly, bestselling biographer Donald Spoto at last offers an intimate, honest, and authoritative portrait of one of Hollywood&apos;s legendary actresses.In just seven years&apos;from 1950 through 1956&apos;Grace Kelly embarked on a whirlwind career that included roles in eleven movies. From the principled Amy Fowler Kane in High Noon to the thrill-seeking Frances Stevens of To Catch a Thief, Grace established herself as one of Hollywood&apos;s most talented actresses and iconic beauties. Her astonishing career lasted until her retirement at age twenty-six, when she withdrew from stage and screen to marry a European monarch and became a modern, working princess and mother. Based on never-before-published or quoted interviews with Grace and those conducted over many years with her friends and colleagues&apos;from costars James Stewart and Cary Grant to director Alfred Hitchcock&apos;as well as many documents disclosed by her children for the first time, acclaimed biographer Donald Spoto explores the transformation of a convent schoolgirl to New York model, successful television actress, Oscar-winning movie star, and beloved royal. As the princess requested, Spoto waited twenty-five years after her death to write this biography. Now, with honesty and insight, High Society reveals the truth of Grace Kelly&apos;s personal life, the men she loved, the men she didn&apos;t, and what lay behind the façade of her fairy-tale life. Read Less

Goodreads reviews for High Society: The Life of Grace Kelly