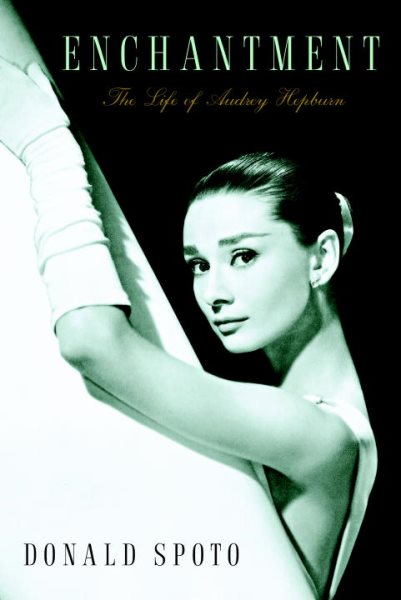 A portrait of the acclaimed actress follows Audrey Hepburn from her youth in Nazi-occupied Europe, through her rise to stardom in some of the era's most popular films, to her dedication to UNICEF. Read More
Her name is synonymous with elegance, style and grace. Over the course of her extraordinary life and career, Audrey Hepburn captured hearts around the world and created a public image that stands as one of the most recognizable and beloved in recent memory. But despite her international fame and her tireless efforts on behalf of UNICEF, Audrey was also known for her intense privacy. With unprecedented access to studio archives, friends and colleagues who knew and loved Audrey, bestselling author Donald Spoto provides an intimate and moving account of this beautiful, elusive and talented woman.Tracing her astonishing rise to stardom, from her harrowing childhood in Nazi-controlled Holland during World War II to her years as a struggling ballet dancer in London and her Tony Award–winning Broadway debut in Gigi, Spoto illuminates the origins of Audrey’s tenacious spirit and fiercely passionate nature.She would go on to star in some of the most popular movies of the twentieth century, including Roman Holiday, Sabrina, Funny Face, The Nun’s Story, Breakfast at Tiffany’s and My Fair Lady. A friend and inspiration to renowned designer Hubert de Givenchy, Audrey emerged as a fashion icon as well as a film legend, her influence on women’s fashion virtually unparalleled to this day.But behind the glamorous public persona, Audrey Hepburn was both a different and a deeper person and a woman who craved love and affection. Donald Spoto offers remarkable insights into her professional and personal relationships with her two husbands, and with celebrities such as Gregory Peck, William Holden, Fred Astaire, Gary Cooper, Robert Anderson, Cary Grant, Peter O’Toole, Albert Finney and Ben Gazzara. The turbulent romances of her youth, her profound sympathy for the plight of hungry children, and the thrills and terrors of motherhood prepared Audrey for the final chapter in her life, as she devoted herself entirely to the charity efforts of an organization that had once come to her rescue at the end of the war: UNICEF.Donald Spoto has written a poignant, funny and deeply moving biography of an unforgettable woman. At last, Enchantment reveals the private Audrey Hepburn—and invites readers to fall in love with her all over again.“She was as funny as she was beautiful. She was a magical combination of high chic and high spirits.” —Gregory Peck“In spite of her fragile appearance, she’s like steel.” —Cary Grant“Audrey was known for something which has disappeared, and that is elegance, grace and manners . . . God kissed her on the cheek, and there she was.” —Billy Wilder“There is not a woman alive who does not dream of looking like Audrey Hepburn.” —Hubert de Givenchy“Her magnetism was so extraordinary that everyone wanted to be close to her. It was as if she placed a glass barrier between herself and the world. You couldn’t get behind it easily. It made her remarkably attractive.” —Stanley Donen“She has authentic charm. Most people simply have nice manners.” —Alfred Lunt Read Less

Goodreads reviews for Enchantment: The Life of Audrey Hepburn