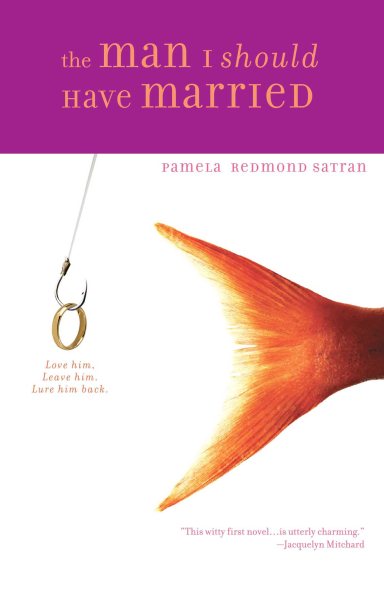 Abandoned by her lawyer-husband for another woman and a new career teaching yoga, thirtysomething Kennedy Smith sets out to rediscover the hipness of her youth by taking up with her playboy boss, Declan McGlynn. Read More
From the author of the hit novel-turned-TV show Younger comes The Man I Should Have Married, an irreverent second-chance at love story for thirtysomethings.Goodbye downward dog... When Kennedy&apos;s husband, Frank, up and leaves her for his high school ex, a surfer named Sunny, then announces he&apos;s going to quit the law firm to teach yoga, Kennedy is finally free to do what she&apos;s always wanted to do with her life. Now if she can only figure out what that is. Determined to bring the spirit and independence of her former self to her life as a suburban mom, Kennedy visits some of her old New York City haunts, including Declan McGlynn&apos;s&apos;the Greenwich Village bar where she used to work. Lo, Declan himself is behind the bar&apos;and he's just as sexy...and single...as ever. Hello downtown Don Juan... Kennedy and Declan were friends for years and lovers for one amazing night before Kennedy, a single mom at the time, picked stability over passion. Back then Declan wasn&apos;t exactly the marrying kind. But that was a long time ago, and a lot has changed&apos;except for the connection between these two. It&apos;s enough to prove that whoever said &apos;you can never go back&apos; is flat-out wrong. Right? Read Less

Goodreads reviews for The Man I Should Have Married