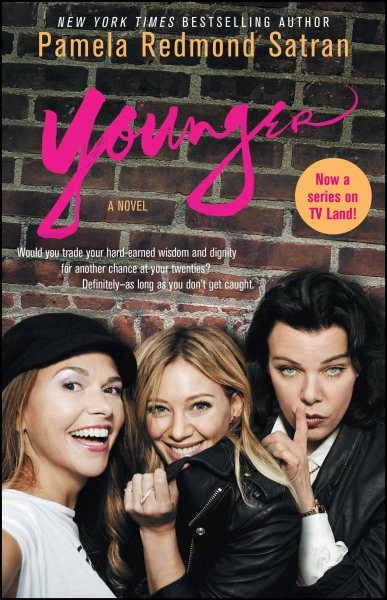 Forty-four-year-old divorced housewife Alice takes advantage of her youthful appearance to reinvent herself as a hip, young New Yorker, and strikes up a relationship with a man young enough to be her son. Read More
A story of inspiration and transformation for the really desperate housewife&apos;now a TV series from the creator of Sex and the City, starring Sutton Foster and Hilary Duff!She&apos;s old enough to be his mother. Alice has always looked young for her age, even with her graying hair and her dowdy New Jersey housewife style. Make that ex-housewife: Now that her husband&apos;s gone and her daughter is grown, Alice is in desperate need of a whole new life. So she lets her best friend Maggie, a hip New York City artist, transform her on New Year&apos;s Eve. Soon, thanks to the wonders of hair dye and tight jeans, Alice looks really young, as one night in a Manhattan bar confirms. At midnight, she kisses a boy who was in diapers when she was in high school. She&apos;s having too much fun to care. The white lie Alice tells Josh gets her thinking that if no one asks her age, she doesn&apos;t have to tell. So she applies for a job she had briefly before becoming a full-time mom&apos;and gets it. Meanwhile, Josh is falling head over heels for Alice, who&apos;s just way cooler than girls his age. He figures she&apos;s about twenty-nine&apos;and for the first time since she was twenty-nine, or possibly ever, Alice feels that life is ripe with possibility. Unfortunately one possibility is that she&apos;s gonna get caught. Challenging the adage that the truth will set you free, Younger is a hilarious and insightful story that proves that you&apos;re only as young as you feel. Read Less

The Last Word on First Names: The Definitive A-Z Guide to th...