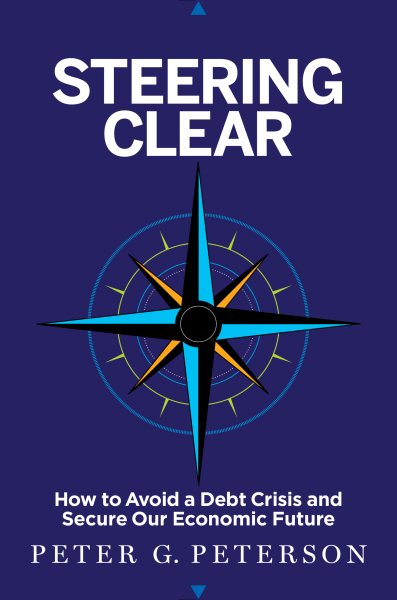 The former Secretary of Commerce and author of the best-selling Running on Empty presents a cautionary analysis of America's national debt while outlining non-partisan recommendations for improving the nation's economic future. Includes 72 full-color charts. Read More
“Despite clear danger and explicit warnings, the United States of America—distracted by short-term challenges and its own political dysfunction—is steaming toward its own collision, one with long-term debt.”Philanthropist, businessman, and former secretary of commerce Peter G. Peterson argues that we can no longer ignore the long-term debt challenges facing our country, because our economic future depends on it. The gross federal debt now exceeds $17 trillion and it is expected to rise rapidly in the decades to come. If the growing gap between projected spending and revenues continues to widen, our federal debt is projected to soar to the highest levels in our nation’s history—more than four times its average over the past forty years. This growing debt and the associated interest costs divert resources away from important public and private investments that are critical to our global competitiveness, threatening our future economy.Peterson has made it his life’s work to bring awareness to America’s key economic and fiscal challenges. He makes clear that if we continue to ignore America’s long-term debt, we will diminish economic opportunities for future generations, weaken our ability to protect the most vulnerable, and undermine the competitive strength of our businesses globally.The drama-filled, economically damaging budget battles of the last few years have focused almost entirely on the short term—putting aside the more difficult, but much more important, long-term issues. Peterson offers nonpartisan analysis of our economic challenges and a robust set of options for solving our long-term debt problems. He looks at the impact of aging baby boomers, growing healthcare costs, outdated military spending, a flawed tax code, and our divided political system. And he offers hopeful, durable, and achievable solutions for improving our fiscal outlook through a mix of progrowth reform options that would reduce government spending and increase revenue, and could be phased in gradually in the years to come.There’s still time to restore the United States as a land of opportunity. Peterson’s diagnosis and recommendations can help us confront our fiscal reality, address our long-term debt, and steer the country safely toward a more secure and dynamic economic future. Read Less

Goodreads reviews for Steering Clear: How to Avoid a Debt Crisis and Secure Our Economic Future

The Education of an American Dreamer: How a Son of Greek Imm...

Running on Empty: How the Democratic and Republican Parties...