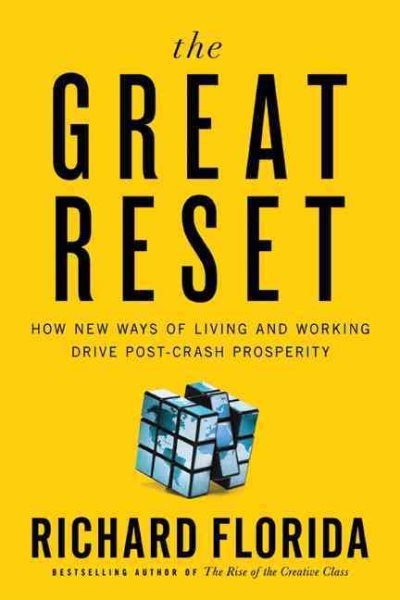 Explores the recent economic meltdown and the opportunities it holds to remake society and the economy, describing how new patterns of consumption, new forms of infrastructure, and the radically altered economic landscape will influence how people live and work in the future. Read More
Florida (management, U. of Toronto, Canada) examines the Great Depression and the Long Depression of the late nineteenth century, as well as the recent economic crisis, viewing them as economic "resets," in which the economy had the chance to remake itself. He details the forces that reshape economy and society, how to guide or accelerate them while ameliorating their costs, and the patterns that will drive the next reset, including new patterns of consumption, new forms of infrastructure, and an altered economic landscape that will drive the development of new industries and jobs. Annotation ©2010 Book News, Inc., Portland, OR (booknews.com) Read Less

Goodreads reviews for The Great Reset: How New Ways of Living and Working Drive Post-Crash Prosperity

The Great Reset: How the Post-Crash Economy Will Change the...

Who's Your City?: How the Creative Economy Is Making Where t...

The New Urban Crisis: How Our Cities Are Increasing Inequali...