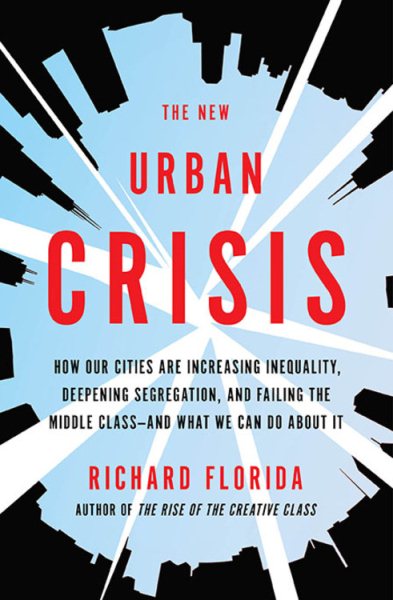 One of the world’s leading urbanists confronts the dark side of the back-to-the-city movement. Read More
In recent years, the young, educated, and affluent have surged back into cities, reversing decades of suburban flight and urban decline. And yet all is not well, Richard Florida argues in The New Urban Crisis. Florida, one of the first scholars to anticipate this back-to-the-city movement in his groundbreaking The Rise of the Creative Class, demonstrates how the same forces that power the growth of the world's superstar cities also generate their vexing challenges: gentrification, unaffordability, segregation, and inequality. Meanwhile, many more cities still stagnate, and middle-class neighborhoods everywhere are disappearing. Our winner-take-all cities are just one manifestation of a profound crisis in today's urbanized knowledge economy. A bracingly original work of research and analysis, The New Urban Crisis offers a compelling diagnosis of our economic ills and a bold prescription for more inclusive cities capable of ensuring growth and prosperity for all. Read Less

Goodreads reviews for The New Urban Crisis: How Our Cities Are Increasing Inequality, Deepening Segregation, and Failing the Middle Class-and What We Can Do About It

The Great Reset: How the Post-Crash Economy Will Change the...

The Great Reset: How New Ways of Living and Working Drive Po...

Who's Your City?: How the Creative Economy Is Making Where t...