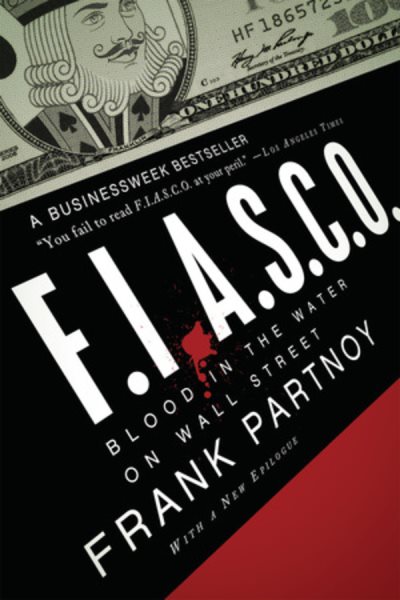 F.I.A.S.C.O.F.I.A.S.C.O. Read More
A classic of its kind, Frank Partnoy’s best-selling FIASCO takes readers inside the rollicking world of derivatives on Wall Street during the mid-1990s. The book tracks Partnoy’s success as a young Morgan Stanley employee who quickly becomes steeped in a culture that treats client as targets to be “blown up” or have their faces “ripped off.” A decade later FIASCO remains one of the most damning and prescient pictures of the speculative frenzies that grip Wall Street and the victims they can leave in their wake. In Partnoy’s case they include well-publicized losses at Orange County, Barings, and Procter & Gamble, among others. A new epilogue written for this edition brings Partnoy’s story—as well as the story of derivatives—up to the present. Read Less

Goodreads reviews for Fiasco: Blood in the Water on Wall Street

Fiasco: The Inside Story of a Wall Street Trader

F.I.A.S.C.O.: Blood in the Water on Wall Street