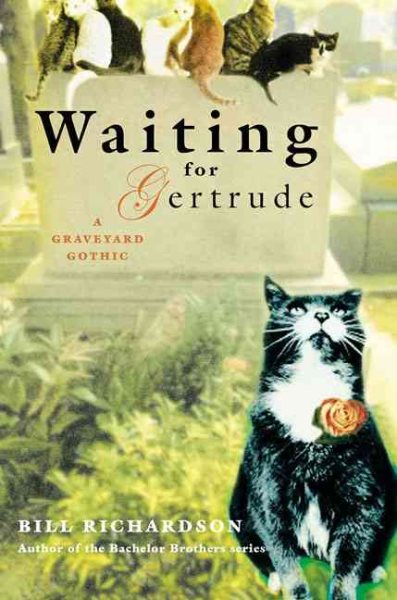 A tongue-in-cheek novel considers the experiences of the famous departed residents of Paris's Páere-Lachaise Cemetery--reincarnated as stray cats--as they partake in long-standing quarrels, romantic liaisons, and character assassinations. Read More
In Paris's Pere-Lachaise cemetery lie the bones of many renowned departed. It is also home to a large number of stray cats. Now, what if by some strange twist of fate, the souls of the famous were reborn in the cats with their personalities intact? There's Maria Callas, a wilful and imperious diva, wailing late into the night. Earthy, bawdy chanteuse Edith Piaf is a foul-mouthed washerwoman. Oscar Wilde is hopelessly in love with Jim Morrison who sadly does not return his affections. Frederic Chopin is as melancholic and deeply contemplative as ever, and in honor of the tradition of leaving love letters at his tomb, he is now the cemetery's postmaster general. Last but not least, Marcel Proust is trying to solve the mystery behind some unusual thefts - someone has stolen Rossini's glass eye and Sarah Bernhardt's leg. Told in a series of amusing set pieces and intercepted letters, this is a delicious tale of intrigue, unrequited love, longstanding quarrels, character assassinations, petty spats, and sorcery that builds to a steady climax at the cats' annual Christmas pageant. Read Less

Goodreads reviews for Waiting for Gertrude: A Graveyard Gothic