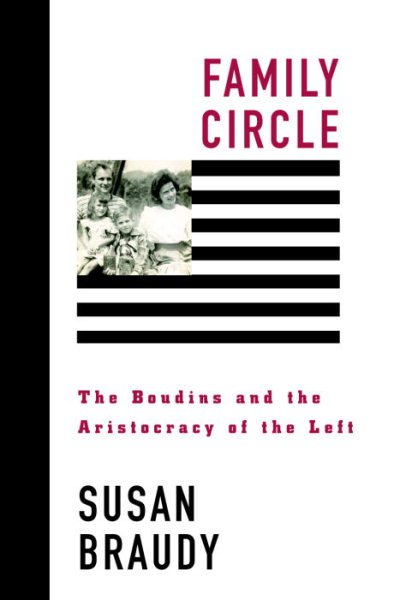 Chronicles four generations of the Boudin family including portraits of civil liberties lawyer Leonard Boudin; his poet-wife Jean; son Michael, appointed to the U.S. Court of Appeals; and daughter Kathy, a member of the radical Weather Underground who is serving time for a deadly bank robbery. Read More
In 1970, Kathy Boudin, revolutionary Weatherman, fled the ruins of a town house on West Eleventh Street in Greenwich Village after a bomb that was being made there exploded, killing three people, and America's sympathy with radicalism fell apart. The Weathermen had started as angry kids who planted stink bombs and emulated the Black Panthers, but the bomb they were building on Eleventh Street was deadly. Kathy, daughter of the celebrated lawyer Leonard Boudin, third generation of the famous Boudin family, emerged naked from the wreckage, was given some clothes by a neighbor, slipped into the night, and went underground for the next eleven years, her name soon appearing on the FBI's 10 Most Wanted List.Susan Braudy tells the riveting story of the Boudin family circle through four generations. She writes of Kathy Boudin's childhood, growing up in Manhattan in an ambitious, liberal New York Jewish family, daughter of a revered left-wing labor and civil liberties lawyer and an intellectual poet mother.Braudy writes of Kathy's parents; her father, Leonard, who patterned his life after that of his uncle, the great labor lawyer and leftist legal scholar, Louis B. Boudin (in the 1930s he fought in court for new laws to protect and organize labor unions and was one of the foremost translators and interpreters of Karl Marx). Leonard Boudin fought on behalf of dissenters on the left. He argued the cases of Paul Robeson and the two-time convicted spy Judith Coplon before the Supreme Court, forcing the U.S. government to allow free travel to all citizens and preventing the admission of illegally gathered evidence, rulings that crucially curtailed the power of J. Edgar Hoover.Braudy writes of Boudin's legal work on behalf of such clients as Rockwell Kent and Julian Bond; his defense of Fidel Castro in connection with his seizure of American capital in Cuba; his case on behalf of Dr. Benjamin Spock (arrested for protesting the Vietnam War; Boudin put the war, not Dr. Spock, on trial); and his case on behalf of Daniel Ellsberg, helping him to leak the Pentagon Papers, which set the stage for Nixon's resignation. Read Less

Goodreads reviews for Family Circle: The Boudins and the Aristocracy of the Left

Family Circle: The Boudins and the Aristocracy of the Left