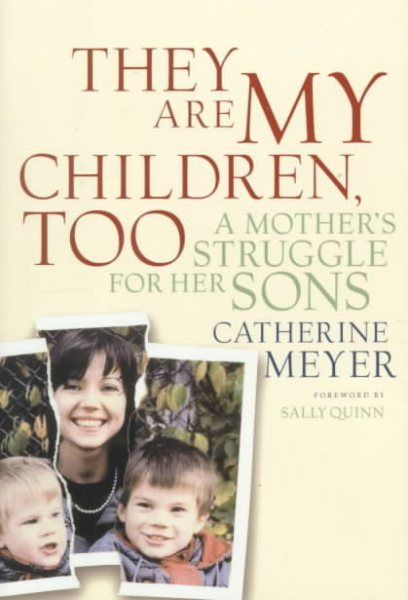 The author recounts her unsuccessful attempts to get her German ex-husband to return her two sons whom he has kept in Germany in violation of their custody agreement Read More
When Catherine Meyer took her two young sons to the airport in the summer of 1994, she had no idea what a tragic turn life was about to take. Little did she know that from that day on, she and her children would never be free to talk, to cuddle, to laugh - and to love. After all, she was not sending her sons far, to some unknown and dangerous land, but to Germany, to see their father on summer holiday.But Alexander and Constantin, then ages 9 and 7, would never return from Germany. In violation of a custody agreement and in deliberate defiance of both British and German courts, Catherine's ex-husband kept the boys and cruelly deprived her of any access to them. Astonishingly, his illegal action was eventually supported by the German courts on the grounds that the boys wished to remain in Germany, and that they had been suffering in the "foreign environment" of London, England.They Are My Children, Too is Catherine Meyer's powerful account of a mother's ultimate nightmare: suddenly, without warning, to lose her children - and to find that neither the police, nor governments, nor the courts, can help her get them back. Finally, They Are My Children, Too is the inspiring tale of a woman discovering her own strength, as Catherine's personal tragedy becomes her political commitment; and as she finds the courage to love again. Read Less

Goodreads reviews for They Are My Children, Too: A Mother's Struggle For Her Sons