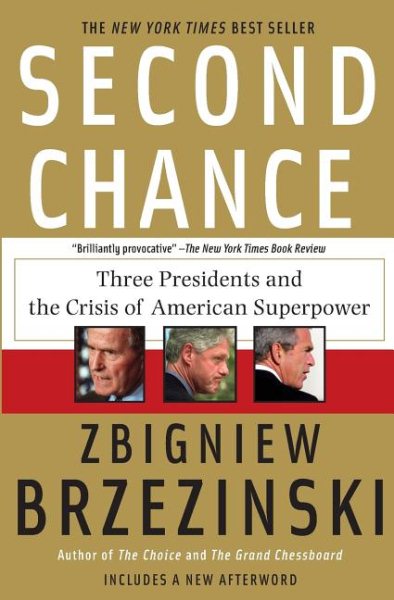 The compelling” and devastating”* New York Times best-seller by America’s most distinguished living commentator on foreign policy Read More
A story of wasted opportunity and squandered prestige: a critique of the last three U.S. presidents' foreign policy. Distinguished commentator on foreign policy, former National Security Adviser Brzezinski, offers a reasoned but unsparing assessment of the last three presidential administrations' foreign policy. Though spanning less than two decades, these administrations cover a vitally important turning point in world history: the period in which the United States, having emerged from the Cold War withunprecedented power and prestige, managed to squander both in a remarkably short time. This is a tale of decline: from the competent but conventional thinking of the first Bush administration, to the well-intentioned self-indulgence of the Clinton administration, to the mortgaging of America's future by the "suicidal statecraft" of the second Bush administration. Brzezinski concludes with a chapter on how America can regain its lost prestige. This scholarly yet highly opinionated book is sure to be both controversial and influential.--From publisher description. Read Less

Goodreads reviews for Second Chance: Three Presidents and the Crisis of American Superpower

Out of Control: Global Turmoil on the Eve of the Twenty Firs...

Strategic Vision: America and the Crisis of Global Power