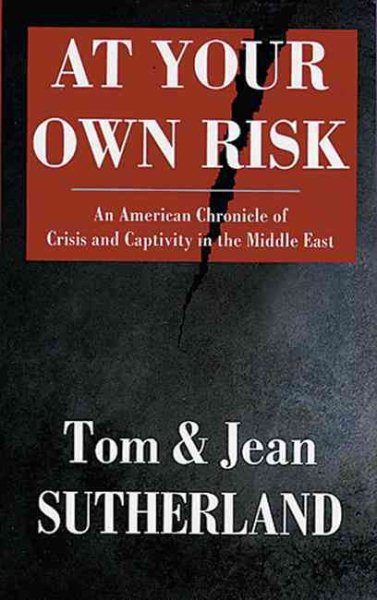 Recounts the story of Tom and Jean's years in Lebanon before, during, and after Tom's kidnapping by a gunman, and offers a portrait of the Middle East Read More
In 1983 Tom Sutherland, a professor at Colorado State University, accepted the position of Dean of Faculty of Agriculture and Food Science at the American University of Beirut in Lebanon. Two years later, on June 9, 1985, he was kidnapped by gunmen from the Islamic Jihad. That day would be the first of 2,354 - nearly six and a half years of captivity - the second longest period of any western hostage in Lebanon.At Your Own Risk is the passionate chronicle of Tom and his wife Jean's remarkable experience in Lebanon before, during, and after the hostage years. Tom's story of captivity alternates with Jean's, who stayed in Beirut teaching and working for Tom's release. Their voices are interwoven throughout the book, providing a riveting look at a time and place in history that even today few Americans understand. The story of their extraordinary return to Lebanon after Tom's release reaffirms their commitment to and hope for a resolution of the ongoing conflict between Islam and the western world. Read Less

Goodreads reviews for At Your Own Risk: An American Chronicle of Crisis and Capitivity in the Middle East