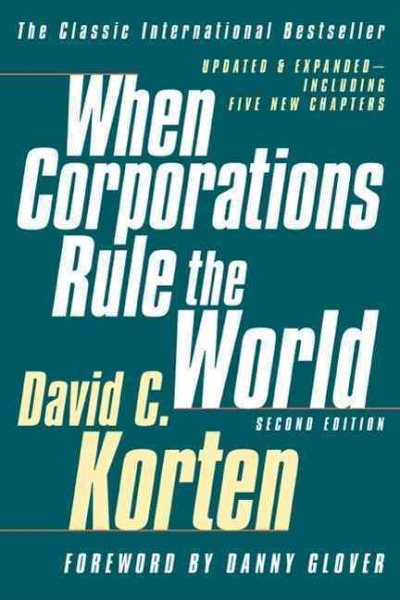 Illustrates the harmful effects of globalization on politics, society, and the environment, profiling the "transnational corporation" and warning readers that once-beneficial companies have become dangerously powerful. Read More
While protestors at the WTO meetings in Seattle and at similar meetings of the global financial institutions have been derided as ill-informed troublemakers by the majority of the press, Korten (former advisor to the Ford Foundation and U.S. Agency for International Development) argues that their concerns about increasingly centralized corporate power are essentially right. He outlines the evolution of corporate power over the economy and governance worldwide, while acknowledging the severe depredations it causes to millions around the world. After looking at many facets of the problem in financial systems, flawed economic analyses, declining democratic institutions, and other aspects of growing corporate power, he offers some solutions. He grounds his alternative in a theory he calls the "Ecological Revolution" that would attempt to localize economies, while globalizing cooperation among communities. Annotation c. Book News, Inc., Portland, OR (booknews.com) Read Less

Goodreads reviews for When Corporations Rule the World