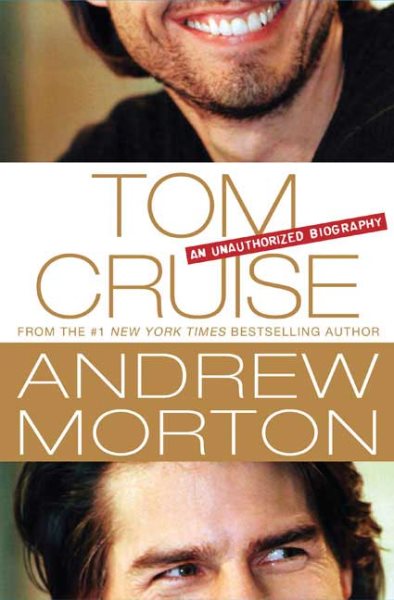 A biography of the popular actor explores his rise from a difficult childhood to become one of the most powerful celebrities in Hollywood, his successful movie career, his three marriages, and the importance of Scientology in his life. Read More
1992: Andrew Morton showed a Princess in a light we had never seen before--Diana: Her True Story became a #1 New York Times bestseller.1999: Andrew Morton revealed the young woman behind the blue dress--Monica’s Story was a #1 New York Times bestseller.January 15, 2008: Andrew Morton uncovers the true story of the biggest celebrity of our age. Everyone knows Tom Cruise---or at least what he wants us to know. We know that he overcame a difficult childhood to star in astonishing array of blockbusters: Top Gun, Rain Man, Born on the Fourth of July, A Few Good Men, Interview with the Vampire, Jerry Maguire, three Mission: Impossible movies, War of the Worlds, and more. We know he has taken artistic chances, too, and as a result has earned three Academy Award nominations and three Golden Globes, along with the respect of acting legends like Paul Newman and Dustin Hoffman. After that, the picture becomes a little less clear. We know that Tom is a Scientologist, but not necessarily what that means in his life. We know that, despite persistent rumors about his sexuality, he has been married to Mimi Rogers, Nicole Kidman, and Katie Holmes. But it was not until the spring of 2005, when he jumped on Oprah’s couch to proclaim his love for Katie and denounced Brooke Shields for turning to the “Nazi science” of psychiatry, that we began to realize how much we didn’t know about the charming, hardworking star. For two years, award-winning biographer Andrew Morton has been tirelessly seeking out everyone from former teachers and girlfriends to Scientology insiders to friends who have watched a once-bullied, “nothing special” outsider transform himself into an icon Forbes has called the most powerful celebrity in the world Here, with never-seen photos and never-heard revelations, is a riveting, sometimes shocking portrait of the real Tom Cruise---his work, his love life, his marriages, his religion---from a master at uncovering the true story behind the public face of celebrity. Read Less

Diana: Her True Story--in Her Own Words

Wallis in Love: The Untold Life of the Duchess of Windsor, t...