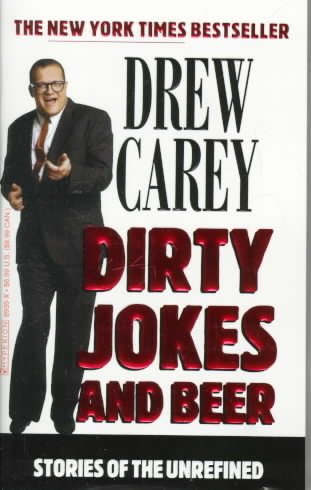 The star of "The Drew Carey Show" presents a collection of vignettes based on the people and places he encountered on the way to fame and speaks back to his show's critics Read More
Drew Carey scripted and starred in his own cable special for years before hooking up with Bruce Helford and creating The Drew Carey Show. He is also the host of his own show, Whose Line Is It Anyway? We all know Drew Carey from his award-winning stand-up career and his hit television show, but do we really know Drew Carey, the person? Now, meet the true Drew, in his book, the bawdy, irreverent, and hilarious Dirty Jokes and Beer, and find out about all the many sides of the misunderstood Hollywood star. Read Less

Goodreads reviews for Dirty Jokes and Beer: Stories of the Unrefined