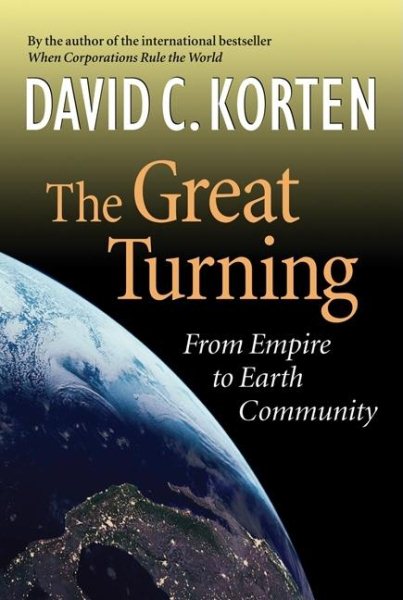 An impassioned call for an end to war and the institution of a new era of community explores the dangers posed by continued warfare, shares a detailed blueprint for bringing about peace, and examines the historical sources of societal organization as enforced through hierarchy and violence. By the author of When Corporations Rule the World. Read More
In his classic international bestseller, When Corporations Rule the World, David Korten exposed the destructive and oppressive nature of the global corporate economy and helped spark a global resistance movement. Now, he shows that the problem runs deeper than corporate domination—with far greater consequences. Here, Korten argues that corporate consolidation of power is merely one manifestation of what he calls “Empire”: the organization of society through hierarchy and violence that has largely held sway for the past 5,000 years. Empire has always resulted in misery for the many and fortune for the few, but now it threatens the very future of humanity. Korten points to global terrorism, climate change, and rising poverty as just a few of the signs that the burdens of Empire now exceed what people and planet will bear. The Great Turning traces the roots of Empire to ancient times and charts the long evolution of its favored instruments of control, from monarchies and bureaucracies to the transnational institutions of the global economy. Korten also tells the parallel story of the attempt to develop a democratic alternative to Empire, beginning in Athens and continuing with the founding of the United States of America. But this remains an unfinished project—Korten documents how elitists with an imperial agenda have consistently sought to undermine the bold and inspiring “American experiment,“ beginning in the earliest days of the republic and continuing to the present day. Empire is not inevitable, not the natural order of things—we can turn away from it. Korten draws on evidence from sources as varied as evolutionary theory, developmental psychology, and religious teachings to make the case that “Earth Community”—a life-centered, egalitarian, sustainable way of ordering human society based on democratic principles of partnership—is indeed possible. And he details a grassroots strategy for beginning the momentous turning toward a future of as-yet-unrealized human potential. The Great Turning illuminates our current predicament, provides a framework for grasping the potential of this historic moment, and shows us how to take action for the future of our planet, our communities, and ourselves. Read Less

Goodreads reviews for The Great Turning: From Empire to Earth Community

When Corporations Rule the World