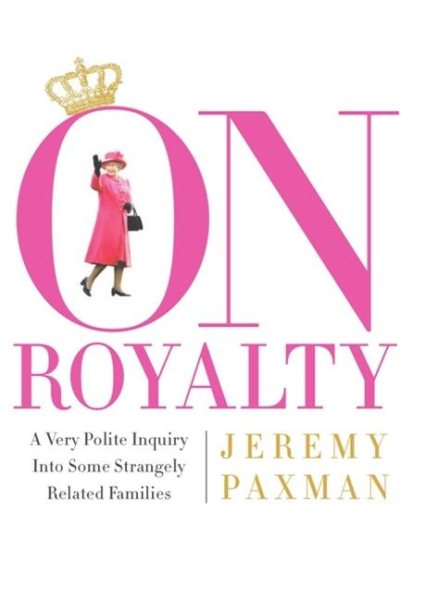 A hugely entertaining look at the institution of monarchy by Britain's most combative and best-loved broadcaster Read More
The notable characteristic of the royal families of Europe is that they have so very little of anything remotely resembling true power. Increasingly, they tend towards the condition of pipsqueak principalities like Liechtenstein and Monaco?fancy-dress fodder for magazines that survive by telling us things we did not need to know about people we have hardly heard of.How then have kings and queens come to exercise the mesmeric hold they have upon our imaginations? In On Royalty renowned BBC journalist Jeremy Paxman examines the role of the British monarchy in an age when divine right no longer prevails and governing powers fall to the country's elected leaders. With intelligence and humor, he scrutinizes every aspect of the monarchy and how it has related to politics, religion, the military and the law. He takes us inside Buckingham Palace and illuminates the lives of the monarchs, at once mundane, absurd and magical. What Desmond Morris did for apes, Paxman has done for these primus inter primates: the royal families. Gilded history, weird anthropology and surreal reportage of the royals up close combine in On Royalty, a brilliant investigation into how an ancient institution struggles for meaning in a modern country. Read Less

Goodreads reviews for On Royalty: A Very Polite Inquiry into Some Strangely Related Families

Fish, fishing and the meaning of life

The English: A Portrait of a People