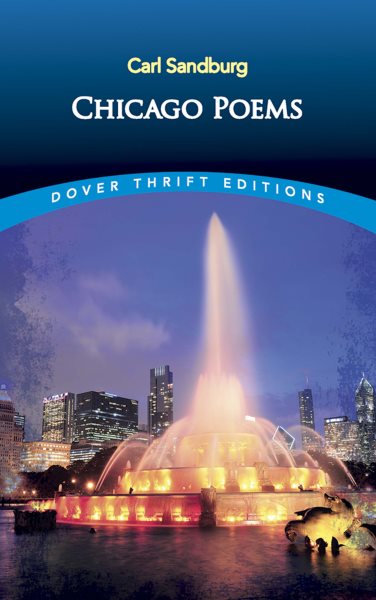 Written in the poet's unique personal idiom, these early poems include "Chicago," "Fog," "Who Am I?" "Under the Harvest Moon," plus more on war, love, death, loneliness, and the beauty of nature. Read More
Chicago Poems (1916) was Carl Sandburg's first-published book of verse. Written in the poet's unique, personal idiom, these poems embody a soulfulness, lyric grace, and a love of and compassion for the common man that earned Sandburg a reputation as a "poet of the people."Among the dozens of poems in this collection are such well-known verses as "Chicago," "Fog," "To a Contemporary Bunkshooter," "Who Am I?" and "Under the Harvest Moon," as well as numerous others on themes of war, immigrant life, death, love, loneliness, and the beauty of nature. These early poems reveal the simplicity of style, honesty, and vision that characterized all of Sandburg's work and earned him enormous popularity in the 1920s and '30s and a Pulitzer prize in poetry in 1951. Read Less

A little book of London