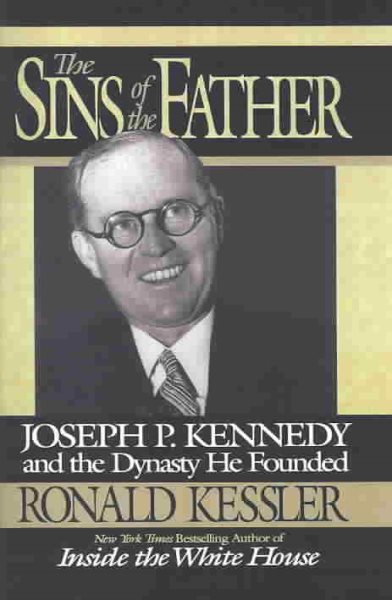 An investigative journalist draws on interviews with the Kennedy family and their intimates to trace the life and times of Joseph Kennedy, including his sexual affairs, his daughter Rosemary's illness, and his anti-Semitism Read More
From the New York Times bestselling author of 20 books about the Secret Service, FBI, and CIA comes the detailed account of the life and times of the ambitious, powerful, masterfully manipulative Joseph Patrick Kennedy.For all his wealth and power, Joe Kennedy was not a happy man. He also had no shame. What he cared about was having power. Through the political dynasty that he founded, he achieved that for generations to come. If he hurt and corrupted others in the process, no one had the courage to challenge him.The results are the myths that continue to enshrine the Kennedy family and maintain it as a national obsessions. This book explodes those myths. Utilizing extensive research and interviews with Kennedy family members and their intimates, speaking on record for the first time, Kessler reveals stunning details of Joseph Kennedy's enormous accomplishments and the terrible personal losses he suffered. Read Less

Goodreads reviews for The Sins of the Father: Joseph P. Kennedy and the Dynasty he Founded

The Season: Inside Palm Beach and America's Richest Society

The Secrets of the FBI

In the President's Secret Service: Behind the Scenes with Ag...