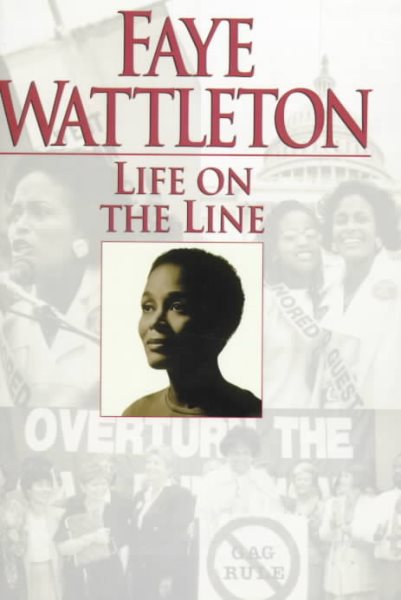 The author recounts events during her tenure as president of Planned Parenthood, discussing the difficult transition from illegal to legal abortion in the U.S. and her role in the pro-choice movement Read More
"I have never believed in the impossible," declares Wattleton, acknowledging that it is a motto she learned at her mother's knee. By any measure, Faye Wattleton has led an extraordinary life. The daughter of a black female fundamentalist preacher, Faye Wattleton went on to become the first African American president of Planned Parenthood, serving from 1978 to 1992, and the first woman to head the organization since Margaret Sanger founded it in 1916.The young Faye found strength and pride in her mother's achievements: at a time when most black women were struggling under the double repression of racism and sexism, Ozie Wattleton became a fiery fundamentalist minister who riveted congregations, both white and black, all over the country. Ozie's devotion to her calling made her a wonderful role model for her only child, but as the minister's daughter Faye was expected to be the living exemplar of her mother's teachings.Committed to her own identity, Faye chose a very different path from her mother's. A nursing student at Ohio State University and later a graduate of Columbia University's midwifery program, Wattleton dedicated herself to healing - only to be stunned by the harsh realities of women's lives in America, especially the humiliation and danger inflicted on women by illegal abortions.She joined Planned Parenthood because it offered dignity and reproductive options to women, and she rose quickly to the top of the organization. During the fourteen years of her controversial leadership, Wattleton moved Planned Parenthood into the forefront of the movement to preserve and extend women's reproductive rights, standing up to an increasingly vocal and violent right-wing opposition. This battle - waged through our judicial, legislative, and social systems - is recounted with both clarity and passion in Life on the Line. Read Less

Goodreads reviews for Life on the Line

Life on the Line (Galley)