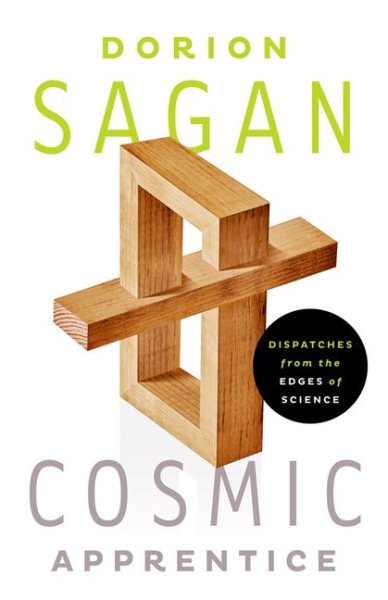 Challenges readers to reject dogma and clichâe and recover the intellectual spirit that animates philosophy and science. Read More
In the pursuit of knowledge, Dorion Sagan argues in this dazzlingly eclectic, rigorously crafted, and deliciously witty collection of essays, scientific authoritarianism and philosophical obscurantism are equally formidable obstacles to discovery. As science has become more specialized and more costly, its questing spirit has been constrained by dogma. And philosophy, perhaps the discipline best placed to question orthodoxy, has retreated behind dense theoretical language and arcane topics of learning.Guided by a capacious, democratic view of science inspired by the examples set by his late parents&apos;Carl Sagan, who popularized the study of the cosmos, and Lynn Margulis, an evolutionary biologist who repeatedly clashed with the scientific establishment&apos;Sagan draws on classical and contemporary philosophy to intervene provocatively in often-charged debates on thermodynamics, linear and nonlinear time, purpose, ethics, the links between language and psychedelic drugs, the search for extraterrestrial intelligence, and the occupation of the human body by microbial others. Informed by a countercultural sensibility, a deep engagement with speculative thought, and a hardheaded scientific skepticism, he advances controversial positions on such seemingly sacrosanct subjects as evolution and entropy. At the same time, he creatively considers a wide range of thinkers, from Socrates to Bataille and Descartes to von Uexküll, to reflect on sex, biopolitics, and the free will of Kermit the Frog. Refreshingly nonconformist and polemically incisive, Cosmic Apprentice challenges readers to reject both dogma and cliché and instead recover the intellectual spirit of adventure that should&apos;and can once again&apos;animate both science and philosophy. Read Less

Goodreads reviews for Cosmic Apprentice: Dispatches from the Edges of Science

Cracking the Aging Code: The New Science of Growing Old - An...

Notes from the Holocene: A Brief History of the Future (Scie...