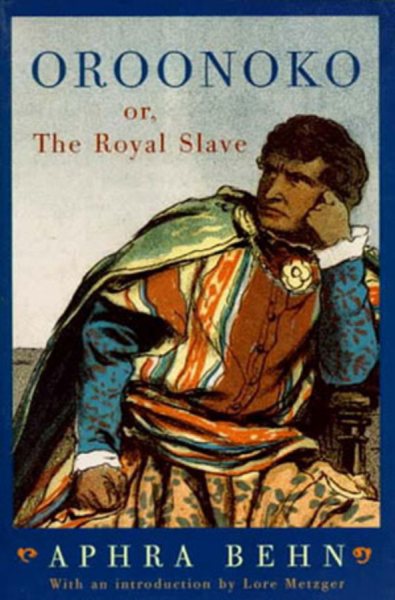 An influential seventeenth-century fable, by a pathbreaking woman writer, about the fall of a black prince. Read More
The first woman in England to make her living by writing, Aphra Behn (1640-1689) combines memoir, exotic travel narrative, and romance to tell the story of the noble Oroonoko, a black man who begins life as a prince and ends it as a slave. The tale depicts the overthrow of a hero by a civilization that considers itself superior to him.Taken up by reformers in the long battle against the slave trade, reprinted and imitated countless times, Oroonoko remains a popular tale that introduces powerful themes onto the literary stage. Read Less

Goodreads reviews for Oroonoko: or, The Royal Slave

The ten pleasures of marriage and the second part The confes...

The Rover and Other Plays (Oxford World's Classics)