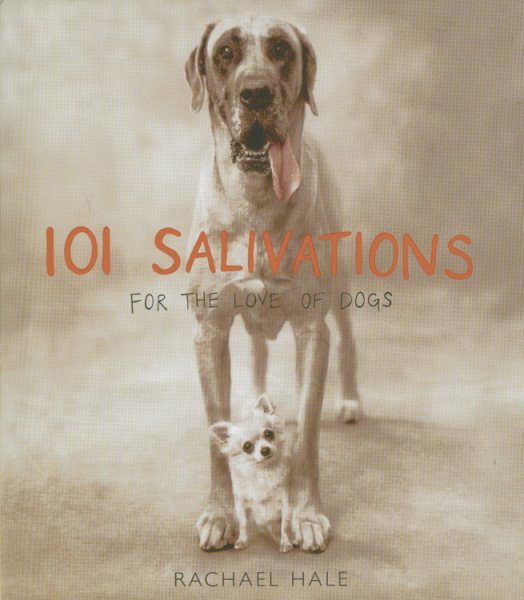 Presents more than one hundred full-color photographic portraits of dogs, from Chihuahuas to Great Danes, accompanied by humorous and heartwarming quotations by dog lovers and well-known authors. Read More
Award-winning photographer Rachael Hale's 101 SALIVATIONS is a delightful collection of 101 dog portraits that will become a must-have for dog lovers everywhere. Rachael Hale's signature style catches the eye of everyone who comes across it. Featuring 101 color photographs of Chihuahuas, Great Danes, and everything in between, 101 SALIVATIONS presents dogs in all sorts of wonderful poses that bring out their most endearing characteristics. Rachael's secret to capturing a dog's soul is to focus on his eyes-whether they are wide and shining, or heavy-lidded, in the throes of slumber. Within this book we can see the soul of our own best buddies staring back at us. The book is peppered with humorous and touching quotations from well-known authors such as A.A. Milne and Fran Lebowitz. Following in the paw prints of 101 SALIVATIONS, Rachael Hale's 101 CATACLYSMS is a charming and playful tribute to the world's most popular pet. This collection features 101 images of magnificent felines. Hale's special rapport with animals has allowed her to capture the essence of her subjects. You will see it in the bald-faced cheekiness of Hilander, the sphinx; in the sassiness of Puffy, the Persian ball of fluff; and in the playfulness of Yabba Dabba Doo, the British shorthair. 101 CATACLYSMS also contains quotations from well-known personalities-such as James Herriot's ``Cats are the connoisseurs of comfort''-that will tickle the reader as they peruse this gem of a book. Read Less

Goodreads reviews for 101 Salivations: For the Love of Dogs

101 Cataclysms: For the Love of Cats

Snog: A Puppy's Guide to Love