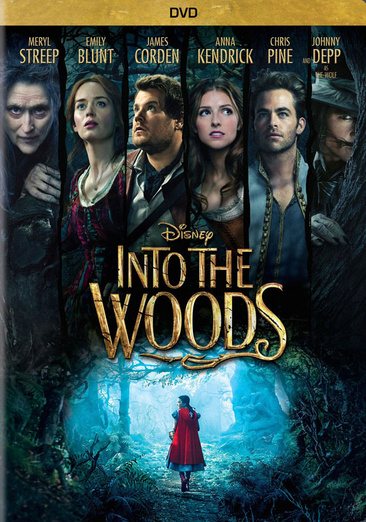 When a childless baker and his wife ask a witch to reverse a curse on their family tree, she demands that they retrieve items from a variety of fairy tale characters before she will grant their wish. Read More
"From the director of Chicago and the producer of Wicked comes a modern twist on the beloved fairy tales you thought you knew. Meryl Streep stars in this epic musical saga about daring to venture Into The Woods. Iconic characters, such as Cinderella, Little Red Riding Hood, Jack and the Beanstalk and Rapunzel, find their fates intertwined with a humble baker and his wife, whose longing to have a child sends them on a quest to reverse a witch’s (Streep) curse. With an all-star cast, this spellbinding adventure is everything you could ever wish for! Also starring: Johnny Depp, Emily Blunt, James Corden, Anna Kendrick and Chris Pine." Read Less

My Little Pony: The Movie [DVD]