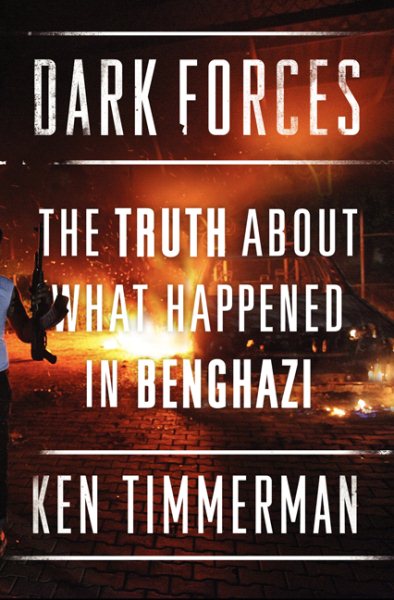 An account of lies and heroic acts investigates the attack on the American consulate in Benghazi, putting the events of September 11, 2012 in the larger context of Obama administration policy toward the Middle East. Read More
The New York Times bestselling author of Shadow Warriors investigates the tragedy of Benghazi to answer the questions: what really happened&apos;and why?We know the Obama administration&apos;s story, of a demonstration caused by an Internet movie that went out of control. But what actually did happen in Benghazi on the night of September 11, 2012?Dark Forces is the story of clandestine arms deliveries by the United States and its allies to Libya that wound up in the hands of Islamist guerrillas. It&apos;s a story of a romantic diplomat, in love with the Middle East and with a mystical version of Islam. It&apos;s a story of bald-faced lies, heroic acts, and the deepest corruption.But Dark Forces is not only a retelling of events. It puts those events into the larger context of Obama administration policy toward the Middle East. It will examine the administration&apos;s record of systematically supporting Muslim Brotherhood and extremist groups in their efforts to overthrow pro-U.S. autocrats in Tunisia, Egypt, and Libya.It shows how President Obama&apos;s obsessive outreach to the leadership of the Islamic Republic of Iran led the Iranian regime to dismiss him as a weak, ineffective leader who would not fight back. And it shows why and how this deadly combination cost the lives of four Americans on Sept. 11, 2012. Read Less

Goodreads reviews for Dark Forces: The Truth About What Happened in Benghazi

Deception: The Making of the YouTube Video Hillary and Obama...