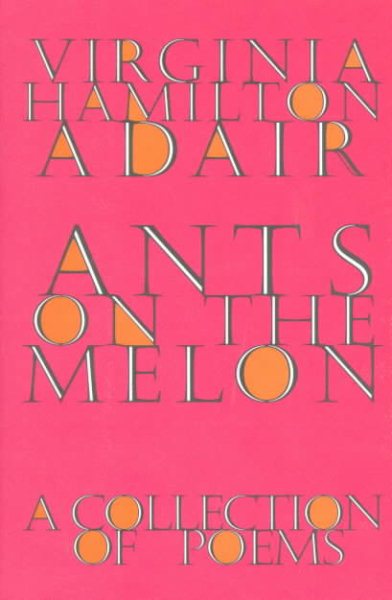 Presents poems written throughout her lifetime by a writer now in her eighties, including works about her grandmothers and her husband, the cities of Dublin and Hiroshima, and the ways in which everyday experience defies simple explanations Read More
One of the most striking achievements of these poems is Mrs. Adair's wedding of traditional rhyme and meter with a sensibility entirely modern, American, sometimes disturbing, occasionally hilarious, always candid. The collection's title poem, "Ants on the Melon," makes a wry, microcosmic comment on overpopulation. "Surfers" draws permanent lessons from the transience of youth. "Break In" transforms a standard burglary into a moment of bitter but wise resignation. Other poems take as their starting point the Gulf War, Zen Buddhism, or the interstate highway system. This collection's broad subject matter, from mourning to sexual joy to the plaint of an old umbrella, is matched by its chronological range, extending from the poet's childhood - "Key Ring" and "The Grandmothers" - to her old age, which lies at the heart of such poems as "Slow Scythe" and "Take My Hand, Anna K."Mrs. Adair's refusal to publish her first book of poetry until now, at the age of eighty-three, emphasizes the double role of Time as the hero and villain of all human lives, and Time and its rewards and wounds and mercies may be these poems' most profound concern. In his intimate and affectionate Afterword, Robert Mezey, an accomplished poet himself and Mrs. Adair's close friend and literary champion, discusses her reluctance about book publication, and gives us a strong sense of her character and experiences - particularly the devastating impact of her husband's suicide in 1968 and the tragedy of the blindness that struck her in the beginning of this decade. And in the poems we are privileged to make the direct acquaintance, at long last, of this brave and gifted writer. Read Less

Goodreads reviews for Ants on the Melon: A Collection of Poems

Living on Fire: A Collection of Poems

Where The Dead Live