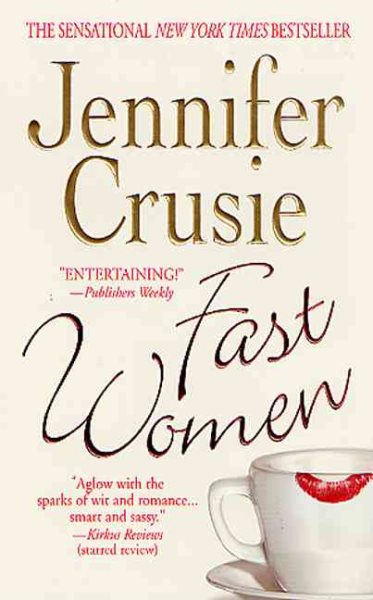 Following her divorce, Nell Dysart takes a job working for a detective agency and finds herself knee deep in embezzlement, bribery, blackmail, arson, adultery, murder, and passion with her boss, Gabe McKenna. Read More
When a down-on-her-luck divorcée meets a determined-to-dominate detective, they find out that falling in love can be murder...Nell Dysart's in trouble. Weighed down by an inexplicable divorce and a loss of appetite for everything, Nell is sleepwalking through life until her best friend finagles a job for her with a shabby little detective agency that has lots of potential and a boss who looks easy to manage.Gabe McKenna isn't doing too well, either. His detective agency is wasting time on a blackmail case, his partner has decided he hates watching cheating spouses for money, and his ex-wife has just dumped him...again. The only thing that's going his way is that his new secretary looks efficient, boring, and biddable.But looks can be deceiving and soon Nell and Gabe are squaring off over embezzlement, business cards, vandalism, dog-napping, blackmail, Chinese food, unprofessional sex, and really ugly office furniture, all of which turn out to be the least of their problems. Because soon, somebody starts killing people. And shortly after that, they start falling in love... Read Less

Agnes and the Hitman