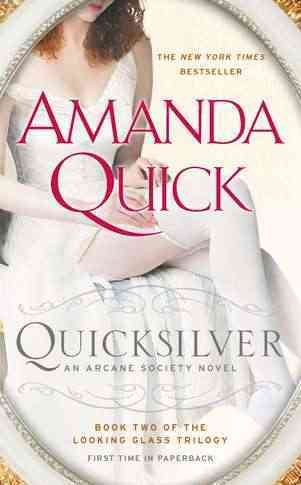 After Virginia Dean wakes up next to a dead body with a bloody knife in her hand, the only person who believes she did not commit murder is Owen Sweetwater, a hunter of psychical monsters who is investigating the deaths of two glass readers. Read More
A Victorian glass-reader and a psychic investigator play a deadly game of cat-and-mouse with a killer in the second installment of the New York Times bestselling Looking Glass Trilogy.Virginia Dean wakes at midnight beside a dead body, with a bloody knife in her hand and no memory of the evening’s events. Dark energy, emanating from the mirrors lining the room, overpowers her senses. With no apparent way in or out, she’s rescued by a man she’s met only once before, but won’t soon forget...   Owen Sweetwater inherited his family’s talent for hunting the psychical monsters who prey on London’s women and children, and his investigation into the deaths of two glass-readers has led him here. The high-society types of the exclusive Arcane Society would consider Virginia an illusionist, a charlatan, even a criminal. But Owen knows better. Virginia’s powers are real—and so is the power she exerts over him simply with her presence. And if her abilities can be relied upon in the midst of great danger, they just might be the key to his investigation. Read Less

The Girl Who Knew Too Much