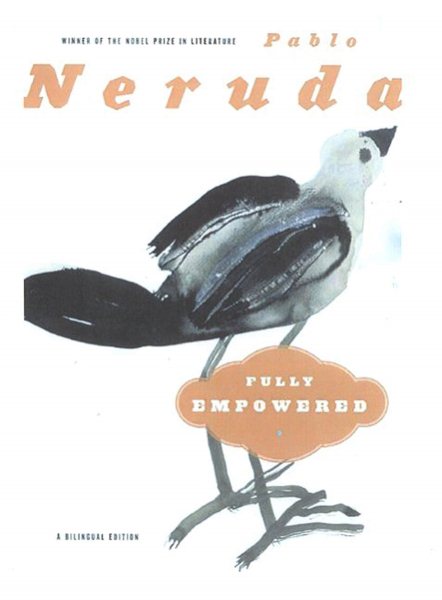 A bilingual edition of the late Chilean poet's 1962 volume of thirty-six lyrics and meditations, including the celebrated later poem, The People Read More
An important collection that includes some of the Nobel Prize winner's own favorite poems."The Sea"A single entity, but no blood.A single caress, death or a rose.The sea comes in and puts our lives togetherand attacks alone and spreads itself and singsin nights and days and men and living creatures.Its essence-fire and cold; movement, movement.Pablo Neruda himself regarded Fully Empowered -- which first appeared in Spanish in 1962 under the title Plenos Poderes -- as a particular favorite, in part because it came out of a most fruitful period in his life. These thirty-six poems vary from short, intense lyrics to characteristic Neruda odes to magnificent meditations on the office of poet, including poems that would undoubtedly claim a place in any selection of Neruda's greatest work. "The People" ("El Pueblo"), about the state of the working man in Chile's past and present, and the most celebrated of Neruda's later poems, completes this reflective, graceful collection. Read Less