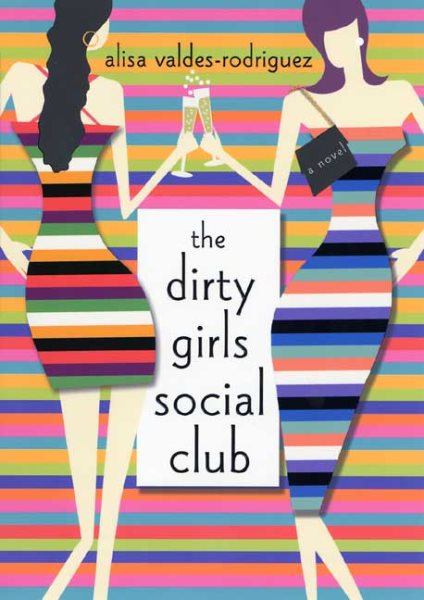 In the years after graduating from Boston University, six Latina friends from widely varied backgrounds meet every six months to dine, share the stories of their everyday lives, and offer advice to one another. Read More
A vibrant, can’t-put-it-down novel of six friends—each one an unforgettable Latina woman in her late ‘20s—and the complications and triumphs in their livesInseparable since their days at Boston University almost ten years before, six friends form the Dirty Girls Social Club, a mutual support and (mostly) admiration society that no matter what happens to each of them (and a lot does), meets regularly to dish, dine and compare notes on the bumpy course of life and love.Las sucias are:--Lauren, the resident “caliente” columnist for the local paper, which advertises her work with the line “her casa is su casa, Boston”, but whose own home life has recently involved hiding in her boyfriend’s closet to catch him in the act--Sara, the perfect wife and mother who always knew exactly the life she wanted and got it, right down to the McMansion in the suburbs and two boisterious boys, but who is paying a hefty price--Amber, the most idealistic and artistic member of the club, who was raised a valley girl without a word of Spanish and whose increasing attachment to her Mexica roots coincides with a major record label’s interest in her rock ‘n’ roll--Elizabeth, the stunning black Latina whose high profile job as a morning television anchor conflicts with her intensely private personal life, which would explain why the dates the other dirty girls set her up on never work out--Rebecca, intense and highly controlled, who flawlessly runs Ella, the magazine she created for Latinas, but who can’t explain why she didn’t understand the man she married and now doesn’t even share a room with; and--Usnavys, irrepressible and larger than life, whose agenda to land the kind of man who can keep her in Manolo Blahniks and platanos almost prevents her seeing true love when it lands in her lap.There’s a lot of catching up to do. Read Less

Goodreads reviews for The Dirty Girls Social Club: A Novel