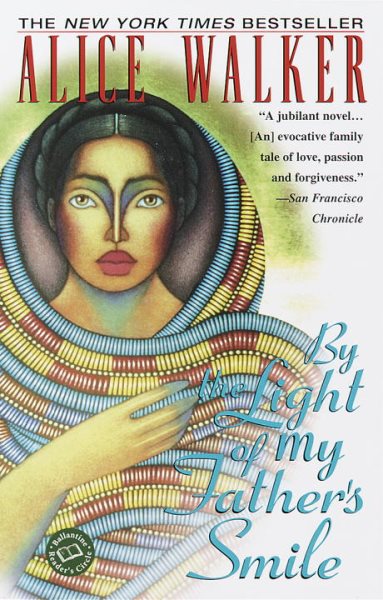 The story of an American family--would-be writer Susannah, her sister Magdalena, and her parents--who take up life with an endangered mixed race of Black Indians in the Mexican Sierras, explores how a woman's denied sexuality leads to a loss of self and the sexual healing of the soul Read More
By the Light of My Father's Smile is Alice Walker's first novel in six years--a stunning, original, and important book by "one of the best American writers of today" (The Washington Post).A family from the United States goes to the remote Sierras in Mexico--the writer-to-be, Susannah; her sister, Magdalena; her father and mother.  And there, amid an endangered band of mixed-race Blacks and Indians called the Mundo, they begin an encounter that will change them more than they could ever dream.  Moving back and forth in time, and among unforgettable characters and their stories, Walker crosses conventional borders of all kinds as she explores in this magical novel the ways in which a woman's denied sexuality leads to the loss of the much prized and necessary original self; and how she regains that self, even as her family's past of lies and love is transformed. By the Light of My Father's Smile presents, as Alice Walker puts it, "a celebration of sexuality, its absolute usefulness in the accessing of one's mature spirituality, and the father's role in assuring joy or sorrow in this arena for his female children."  It explores the richness and coherence of alternative culture, experience of sexuality as a celebration of life, of trust in Nature and the Spirit, even as it affirms the belief, as Walker says, "that it is the triumphant heart, not the conquered heart, that forgives.  And that love is both timeless and beyond time." Read Less

Goodreads reviews for By the Light of My Father's Smile: A Novel (Ballantine Reader's Circle)

The Temple of My Familiar