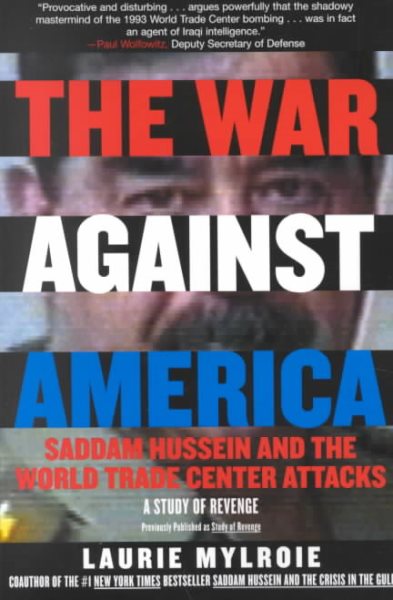 Reexamines the evidence against Ramzi Yousef, the man held responsible for the first World Trade Center bombing, and argues that Yousef was an agent of Iraqi intelligence, and that Saddam Hussein was a major figure behind the attack. Read More
The destruction of the twin towers of the World Trade Center and the attack on the Pentagon -- all within one hour on September 11, 2001 -- demonstrated America's shocking vulnerability to terrorism.Yet terror had already emerged on America's shores eight years earlier, when the mysterious terrorist mastermind, Ramzi Yousef (arrested after a botched attempt to down a dozen U.S. airlines) bombed the World Trade Center in an attempt to fell the buildings. His attacks were viewed as the harbinger of a new terrorism, carried out by an elusive enemy driven by religious fanaticism to unprecedented hatred of the United States.But is that perception accurate? A real-life detective story, The War Against America engages the reader in a gripping examination of the evidence regarding Yousef and his terrorism. It reveals the split between New York and Washington that emerged during the investigation and tells a terrifying tale of America left exposed and vulnerable following the mishandling of what was once the most ambitious terrorist attack ever attempted on U.S. soil. Read Less

Goodreads reviews for The War Against America: Saddam Hussein and the World Trade Center Attacks: A Study of Revenge

What Do Fish Have to Do With Anything?