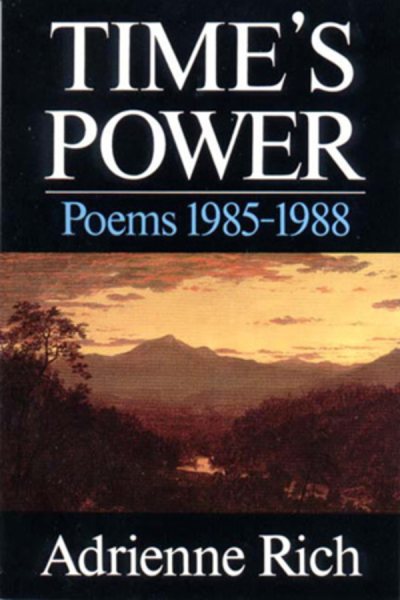 Time's Power is a new book by a major American poet, and a landmark in a distinguished ongoing career. Read More
For thirty years, Rich's poetry has revealed the individual personal life—sexualities, loves, damages, struggles—as inseparable from a wider social condition, a world with others, in which the empowering of the disempowered is increasingly the source of human hope. Now her mature vision engages with the power of time itself: memory and its contradictions, the ebb and flow between parents and children, the deaths we all face sooner or later, the meaning of human responsibility in all this."Letters in the Family," for example, is written in the voices of three women—from the Spanish Civil War, from a Jewish rescue mission behind Nazi lines, and from present-day Southern Africa. Time's Power shows Rich writing with unprecedented range, complexity, and authority. Read Less

What Is Found There: Notebooks on Poetry and Politics