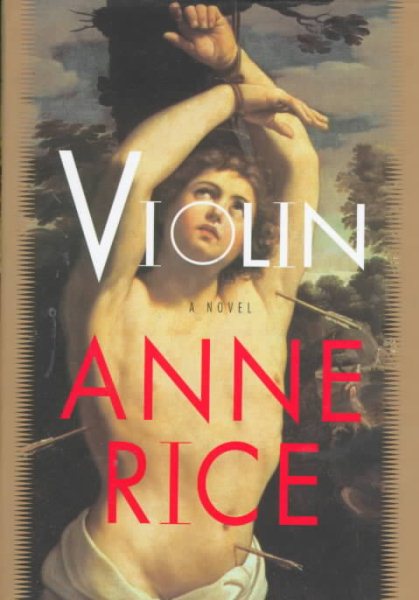 Triana, a beautiful young woman who dreams of becoming a great musician, falls prey to the demonic Stefan, the tormented ghost of a Russian aristocrat, who seduces and manipulates her, drawing her into the dark side of her own nature and then into the cruel past Read More
In the grand manner of Interview with the Vampire, Anne Rice's new novel moves across time and the continents, from nineteenth-century Vienna to a St. Charles Greek Revival mansion in present-day New Orleans to the dazzling capitals of the modern-day world, telling a story of two charismatic figures bound to each other by a passionate commitment to music as a means of rapture, seduction, and liberation.At the novel's center: a uniquely fascinating woman, Triana--who once dreamed of becoming a great musician--and the demonic fiddler Stefan, tormented ghost of a Russian aristocrat, who begins to prey upon her, using his magic violin first to enchant, then to dominate and draw her into a state of madness through the music she loves. But Triana understands the power of the music perhaps even more than does Stefan--and she sets out to resist Stefan and to fight not only for her sanity but for her life. The struggle draws them both into a terrifying supernatural realm where they find themselves surrounded by memories, by horrors, and by overwhelming truths. Battling desperately, they are at last propelled towards the novel's astonishing and unforgettable climax.Violin is crowded with the history, the drama, the invention, and the romantic intensity that have become synonymous with Anne Rice at her incomparable best. Read Less

Goodreads reviews for Violin: A novel

Christ the Lord: Road to Cana

Servant of the Bones (uncorrected proof)