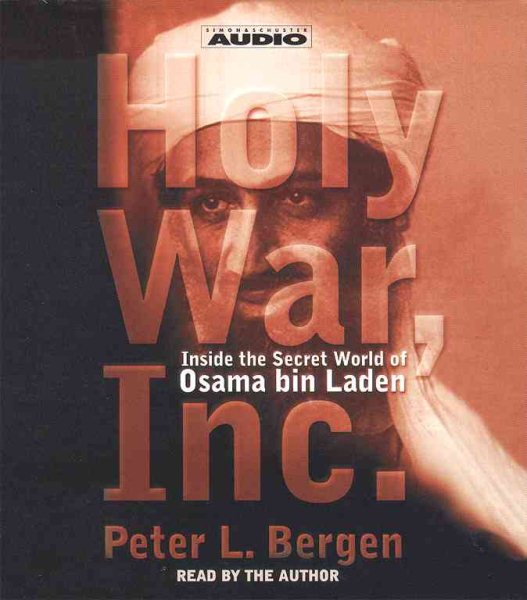 On September 11, 2001, the world in which we live was changed forever. The assault on the World Tra... Read More
On September 11, 2001, the world in which we live was changed forever. The assault on the World Trade Center was the most sophisticated and horrifying in series of operations masterminded by Osama bin Laden and his Jihad group -- an organization that CNN's terrorism analyst Peter Bergen calls Holy War, Inc. One of only a handful of Western journalists to have interviewed the world's most wanted man face to face, Peter Bergen explains the Jihadist network that operates globally and in secrecy. Immense in scope and unnerving in its findings, Holy War, Inc. reveals: How bin Laden lives, travels, and communicates with his "cells." How the CIA ended up funding -- to the tune of three billion dollars -- radical, anti-American Afghan groups allied to bin Laden. How the attacks that foreshadowed the destruction of the World Trade Center -- among them the bombings of the American embassies in Africa and the warship USS Cole in Yemen -- were planned and executed. What we can expect from Islamist extremists in the future. Holy War, Inc. helps us to see bin Laden's organization as a veritable corporation that has exploited twenty-first-century communications and weapons technologies in the service of a medieval reading of the Koran and holy war. This is essential listening for anyone trying to understand the militant Islamist movements that could determine the fate of governments -- and human lives -- the world over. Read Less

The Longest War: The Enduring Conflict between America and A...