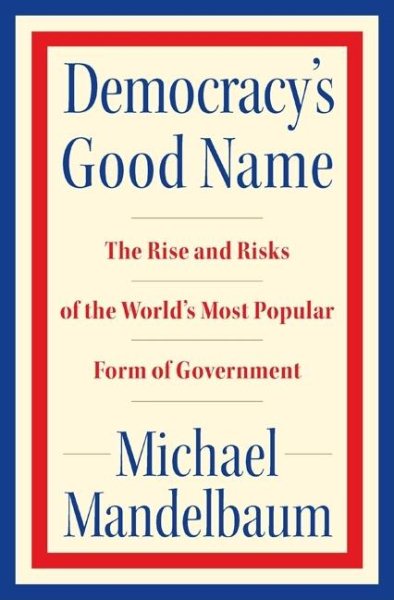 Traces the political traditions that gave rise to modern democracy in the eighteenth and nineteenth centuries, explores the reasons for its surge in the twentieth century, and discusses the relationship between democracy and war. Read More
The last thirty years have witnessed one of the most remarkable developments in history: the rapid rise of democracy around the world. In 1900, only ten countries were democracies and by 1975 there were only 30. Today, 119 of the world’s 190 countries have adopted this form of government, and it is by far the most celebrated and prestigious one. How did democracy acquire its good name? Why did it spread so far and so fast? Why do important countries remain undemocratic? And why do efforts to export democracy so often fail and even make conditions worse? In Democracy’s Good Name, Michael Mandelbaum, one of America’s leading foreign policy thinkers, answers these questions. He surveys the methods and risks of promoting democracy, and analyzes the prospects for the establishment of democratic governments in Russia, China, and the Arab world. Written in Mandelbaum’s clear and accessible style, Democracy’s Good Name presents a lucid, comprehensive, and surprising account of the history and future of democracy from the American Revolution to the occupation of Iraq. Read Less

Goodreads reviews for Democracy's Good Name: The Rise and Risks of the World's Most Popular Form of Government

The Road to Global Prosperity