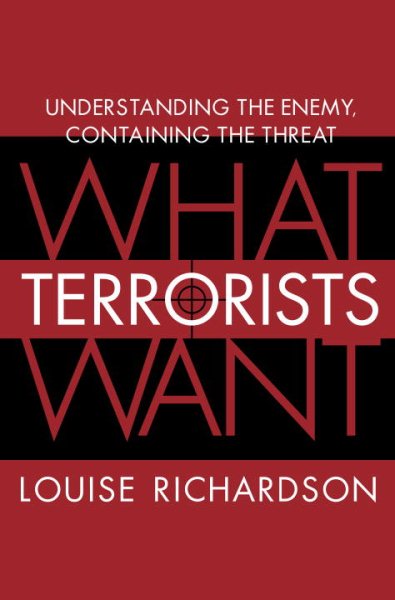 Goodreads reviews for What Terrorists Want: Understanding the Enemy, Containing the Threat

Liberty and Power: A Dialogue on Religion and U.S. Foreign P...