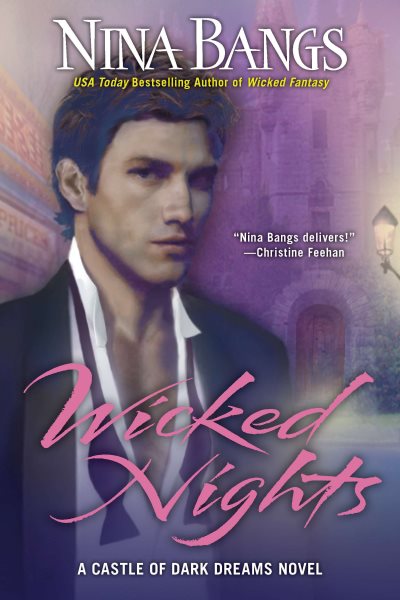 At the Castle of Dark Dreams, a popular attraction in an adult amusement park in which women make their fantasies come true in erotic role-playing games, a female talk-show host gets more than she had bargained for in the arms of Eric McNair, the castle's resident vampire, in the first volume in a sensuous new romantic trilogy. Original. Read More
From New York Times bestselling author Nina Bangs comes the first book in her sizzling Castle of Dark Dreams series.Welcome to the Castle of Dark Dreams, the yummiest attraction in an adult theme park where women take erotic role-playing to new heights with only the most dangerously tempting men. Okay, so they’re not quite human, but that’s a secret. Tonight, Eric, the castle’s resident vampire, will prove that he’s everything bad should be.Talk-show host Donna Nolan—on the lookout for a weird and wacky story—finds it when she braves the Castle of Dark Dreams and meets Eric. With the coldest blue eyes and the hottest mouth she’s ever seen, he’s a primitive call to the wild in every woman.Love between a talk-show host and a vampire shouldn’t be possible. But then, strange things happen in the Castle of Dark Dreams... Read Less