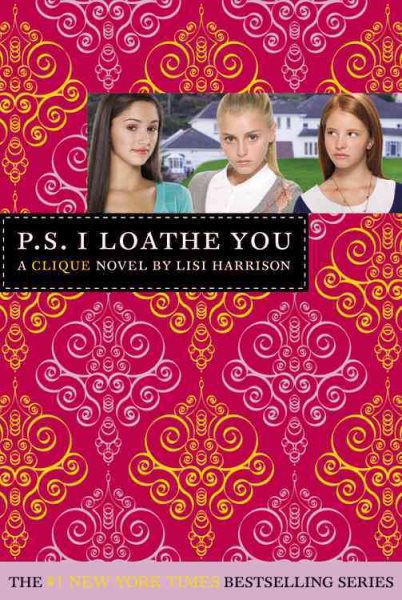 The Pretty Committee goes boycrazy as Massie cheers for the soccer team in an attempt to attract the attention of Dempsey, her new crush, while her friend Layne starts flirting with Dempsey and Dylan pursues Derrington. Read More
Massie Block: When the Pretty Committee deems its boy-fast null and void, boy fever sweeps through BOCD. What better way to backhandspring into new crush Dempsey's heart-and make old crush Derrington jealous-than cheer for him on the soccer field? And just like that, Massie forms BOCD's first-ever cheerleading squad. But will Massie still have something to cheer about when Dempsey starts spending ah lot of time with LBR Layne Abeley? Give me an "E" for Ehmagawd!Kristen Gregory: With Massie and her SBFF (secret best friend forever) Layne vying for the same boy, Kristen has to make a choice: A) the Pretty Committee, or B) the Witty Committee. And if she doesn't choose fast, she'll end up C) Committeeless.Dylan Marvil: Is hiding something, and it's not just those peanut butter Luna bars stashed under her mattress. She's got a secret crush on Derrington-and it's no secret that he likes burpilicious redheads. . . .Alicia Rivera: Prefers pliés to pom-poms, especially when Massie orders her to the bottom of the cheer-pyramid. Can Alicia accept her beta status, or is it time to become alpha of her own squad?Claire Lyons: Now that she's back with Cam, Claire finally has her love life in order. But her friends are trading crushes like styling tips. Will the Pretty Committee survive the boy-swap intact, or is the Clique about to come apart at the seams? Read Less

Goodreads reviews for P. S. I Loathe You

Invasion of the Boy Snatchers