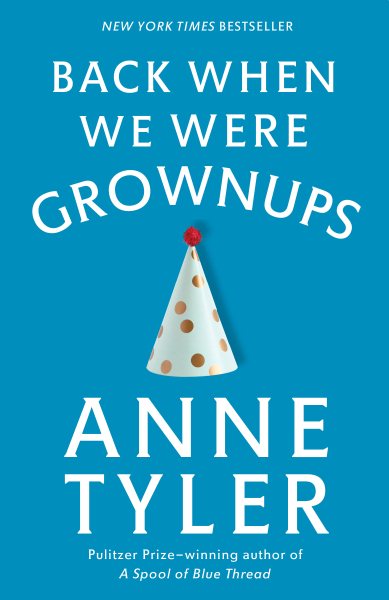 Beck Davitch looks back on her thirty-year marriage to Joe and her role as a mother and manager of the Open Arms, wondering if she is living the life she was meant to live and reconsidering her dedication to the family business. Read More
“A WONDERFUL NOVEL . . . Tyler’s eye and ear for familial give and take is unerring, her humanity irresistible. You’ll want to turn back to the first chapter the moment you finish the last.”–People (Page-Turner of the Week)“STUNNING . . . ‘Once upon a time,’ the story begins, ‘there was a woman who discovered she had turned into the wrong person.’ . . . With Rebecca Davitch, Tyler has created a character who is brave enough to look back on her life and to imagine herself making different kinds of choices. Brave enough to wonder what honesty looks like, whether there is ever really a single distillation of self that is unshakable and true. . . . Anne Tyler has a talent for spinning out characters . . . who go on living long after their stories end.”–The Baltimore Sun“Her characters endear themselves to the reader with their candor and their wit and their simple decency. . . . The charm of an Anne Tyler novel lies in the clarity of her prose and the wisdom of her observations.”–The Washington Post Book World“RESEMBLES JANE AUSTEN’S PERSUASION IN THAT IT’S A NOVEL ABOUT SECOND CHANCES . . . The tension that keeps the narrative alive is our desire for Rebecca to get the recognition and respect that we know she deserves from her family, and from herself. It’s always good to have a character to root for.”–San Jose Mercury News“Maybe there’s something glorious to be said, after all, for companionship, common cause, and sanctuary. And what there is to say, Anne Tyler has been saying for decades, with gravity and grace.”–The New York Times Book Review Read Less

Goodreads reviews for Back When We Were Grownups: A Novel (Ballantine Reader's Circle)

Back When We Were Grownups