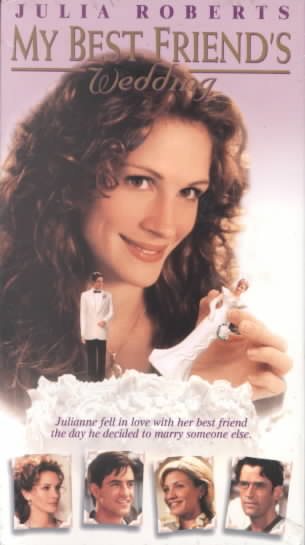 Commitment-shy Jules reluctantly realizes she is in love with her best friend Michael when he tells her that he is about to marry someone else. Read More
The surprise hit of the summer of '97 is yours to have and to hold on video. Julia Roberts stars as Julianne, who is stunned to learn that her lifelong best friend, Michael, is about to be married. She frantically sets out to sabotage the upcoming nuptials. Rupert Everett gives a scene-stealing, star-making performance as her confidante, a gay man whom she enlists to pose as her boyfriend to make Michael jealous. Read Less