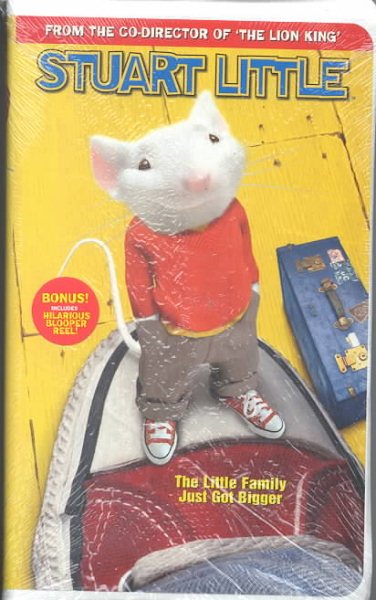 The Little family adopts an adorably spunky boy named Stuart, who looks like a mouse. The older son is not sure about have a mouse as a brother, and the family cat is ploting to dispose of Stuart. Read More
Stuart Little is the mouse that roared at the box office. From the co-director of The Lion King comes this delightful and heartfelt adaptation of E. B. White's beloved children's book. Geena Davis and Hugh Laurie star as Mr. and Mrs. Little,who surprise their young son when they adopt not the brother he had been hoping for, but a mouse. Also unhappy with this newest member of the family is the Littles' cat, Snowball (a purr-fect Nathan Lane). Read Less