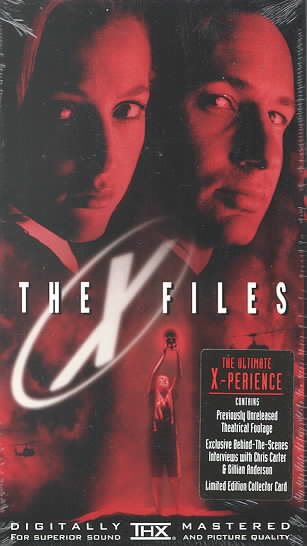 With the dubious assistance of a paranoid doctor, FBI Agents Mulder and Scully risk their careers and their lives to hunt down a deadly virus which may be extraterrestrial in origin. Includes previously unreleased theatrical footage and behind-the-scenesinterviews. Read More
The video is out there! David Duchovney and Gillian Anderson reprise their signature TV roles as FBI agents Mulder and Scully, whose investigation into a terrorist bombing leads them toward a vast conspiratorial cover-up of conclusive evidence that aliens are among us and waiting to colonize the Earth. Read Less

The X-Files: Fight the Future