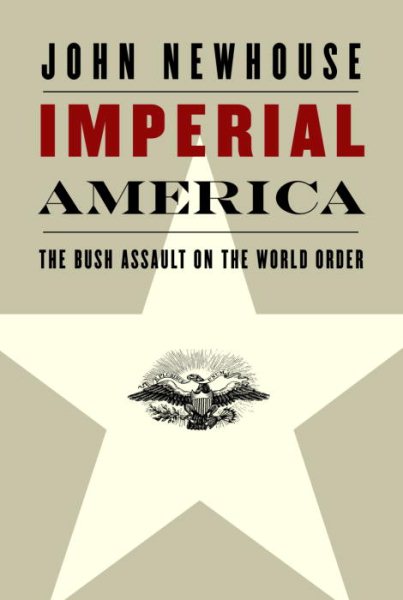 Analyzes and critques the actions taken by the Bush administration following the September 11th terrorist attacks, discussing how the administration mishandled foreign policy decision-making. Read More
John Newhouse describes the ways in which America's relationship with much of the world went wrong after the events of September 11, 2001, the moment when most nations were ready to accept U. S. leadership in a war against terrorism. Newhouse poses important questions: Why didn't the Bush administration exploit this rare opportunity to stabilize the Middle East, and Southwest and Northeast Asia? How have the administration's truculent behavior, misguided actions, and inaction at critical moments undermined efforts to curb the production of weapons of mass destruction? Why have Bush and his cabinet laid down edicts that have served chiefly to upset and sharpen the insecurities of other nations, including some of our allies?Newhouse discusses the reasons why Pakistan is probably the most dangerous country in the world. He devotes attention to the threats posed by Iran and North Korea, and the administration's bungled, dangerously inept attention to them. Woven through with illuminating anecdotes and vivid portraits of the players - Bush, Rumsfeld, Cheney, Powell, Blair, Chirac, Putin, and others - Imperial America is a brilliantly clear, timely, and powerfully thought-provoking expose of recent American foreign policy: how it has been made and perilously mishandled. Read Less

Goodreads reviews for Imperial America: The Bush Assault on the World Order

Philip D. Adler: A Man and a Tradition

War and Peace in the Nuclear Age

Cold Dawn: The Story of SALT