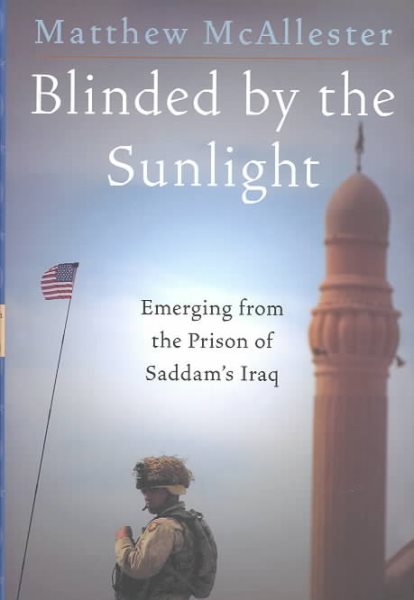 A journalist shares the story of his eight-day incarceration in Iraq's most notorious prison during the 2003 war and the obstacles that were overcome to secure his release. Read More
For eight terrifying days in March, while Baghdad was ablaze with bombs, reporter Matt McAllester and four other Westerners were imprisoned in Abu Ghraib, the most horrific prison in the Middle East. Crashing from his adrenaline-filled days of reporting the war from the streets of Baghdad and the roof of the Palestine Hotel, McAllester quickly found himself sleeping on a dirty blanket and scrounging cigarettes from guards who had just beaten other prisoners senseless. He ceased being a reporter and became the same as thousands of other innocent Iraqi civilians whose lives had come to an abrupt and violent halt when the Mukhabarat - Saddam's secret police - came knocking.But this is not just a book about a private trauma. McAllester also brings his unsurpassed perspective to bear on the stories and struggles of ordinary people in the brutal world of Iraq under Saddam - the violence, the paranoia, the endless cycle of repression. In vivid and evocative prose, and illustrated with the powerful photographs of his Newsday coworker and prison mate Moises Saman, he examines Iraq before, during, and after the war, often exposing truths previously hidden by the regime's relentless censorship and obfuscation.From the excavation of the mass graves in Muhawil to the aspirations of Iraq's first English-language boy band, McAllester explores the reality of living a life paralyzed by fear and punctuated by hope. He describes what it is like to be a torturer and also the tortured. And, finally, he writes painfully of his return to Abu Ghraib and his meetings with men who spent years, not days, inside its walls, and of his obsessive quest to find his interrogator and to turn the tables on him.As the Western world grapples with the daunting task of helping Iraq to repair itself, we are faced most of all by our lack of understanding of what exactly it is we are trying to fix. Blinded by the Sunlight gives a rare and honest insight into Saddam's terrifying kingdom, from one of the few Westerners who know firsthand what lay behind the facade. Read Less

Goodreads reviews for Blinded by the Sunlight: Emerging from the Prison of Saddam's Iraq

The Monsters of Morley Manor: A Madcap Adventure

Talking to Heaven: A Medium's Message of Life After Death