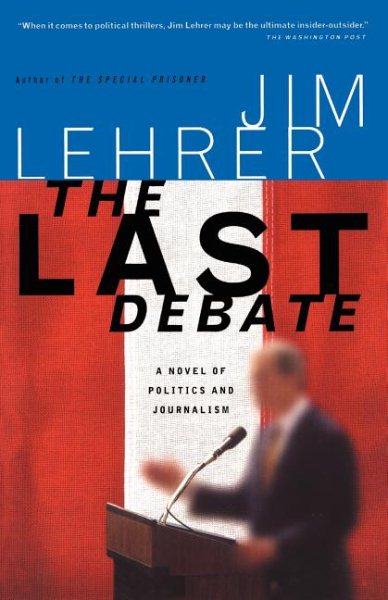 For the first time in paperback, just in time for the 2000 presidential election: the renowned PBS anchor's page-turning fictional look into the brutal truths of presidential politics and journalism Read More
It is the night of the presidential debate. The election is eight days away. Republican nominees James Meredith, a fundamentalist Christian whose ambitions border on white supremacy, is pitted against four reporters who have just discovered damaging information that could ruin his career. What unfolds during The Last Debate will change the course of electoral politics and the news business forever?. As "the ultimate insider-outsider" (Washington Post), and as a moderator of presidential debates past and present, journalist and PBS news anchor Jim Lehrer knows the world he writes about only too well. His novel?a satirical and absorbing story of the behind-the-scenes world of news journalism?also exposes the duplicitous posing and posturing of made-for-TV political events. And with the 2000 elections looming ahead, the targets of his satire?religious fundamentalists, self-important journalists, feral network programming heads?could not be more timely. Read Less

Goodreads reviews for The Last Debate

The Last Debate: A Novel of Politics and Journalism

The Phony Marine: A Novel