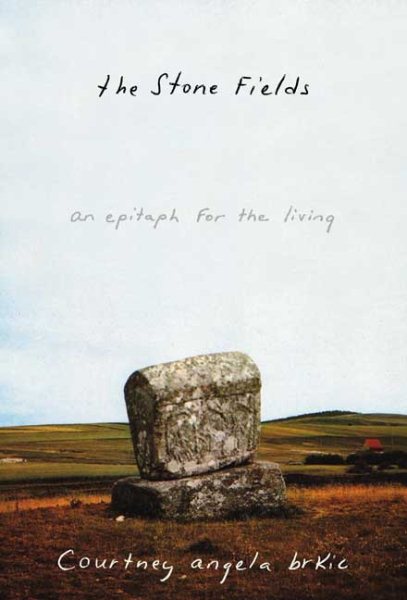 The author recalls her work in Srebrenica for the United Nations excavating the remains of thousands of people slaughtered there over a few fateful days during the Bosnian Civil War, as well as her work transcribing the words of survivors. Read More
The massacre at Srebrenica in 1995, during which more than seven thousand people were killed, remains the most brutal act of genocide in Europe since World War II. In The Stone Fields, Courtney Angela Brkic, the author of Stillness, recounts in prose how she joined a forensic team working in eastern Bosnia-Herzegovina. She excavated the bodies of people killed in the massacre, assisted pathologists with autopsies, and arranged personal effects for photographing. In those items - the hand-knit socks, mended shirts, and half-destroyed photographs - she found more than proof of indiscriminate murder, however. Where some saw only nameless victims, she discerned men with individual histories, as well as families who were waiting for them.Brkic has woven together her lyrical elegy to the region's recent dead with her Croatian family's story she tells of her grandmother's childhood in a Herzegovinian village surrounded by harsh limestone hills, her early widowhood and subsequent move to Sarajevo, and her imprisonment during World War II for hiding her Jewish lover. The saga culminates years later when Brkic's father escapes from Communist Yugoslavia.The Stone Fields explores how the devastating consequences of war linger for generations; it asks what it takes to prevent the violent loss of life, and what we are willing to risk in the process. Read Less

Goodreads reviews for The Stone Fields: An Epitaph for the Living

The First Rule of Swimming: A Novel

Stone Fields: Love and Death in the Balkans

Stillness: And Other Stories