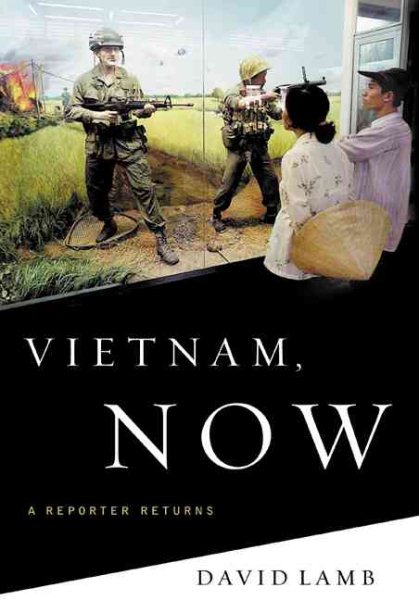 Thirty years after covering the Vietnam War as a combat correspondent, the author returns to Hanoi to explore modern Vietnam, examining the people, the land, the history, the culture, and the legacy of the war. Read More
When he left war-ravaged Vietnam some thirty years ago, journalist David Lamb averred "I didn't care if I ever saw the wretched country again." But in 1997, he found himself living in Hanoi, in charge of theLos Angeles Times's first peacetime bureau and in the midst of a country on the move, as it progresses toward a free-market economy and divorces itself from the restrictive, isolationist policies established at the end of the war. This was a new country; in Vietnam, Now, David Lamb brings it--and us--forward from its dark, distant past.From the myriad personalities entwined in the dark, distant history of the war to those focused toward the future, Lamb reveals a rich and culturally diverse people as they share their memories of the country's past, and their hopes for a peacetime future. A portrait of a beautiful country and a remarkable, determined people, Vietnam, Now is a personal journey that will change the way we think of Vietnam, and perhaps the war as well. Read Less

Over the Hills: A Midlife Escape Across America by Bicycle