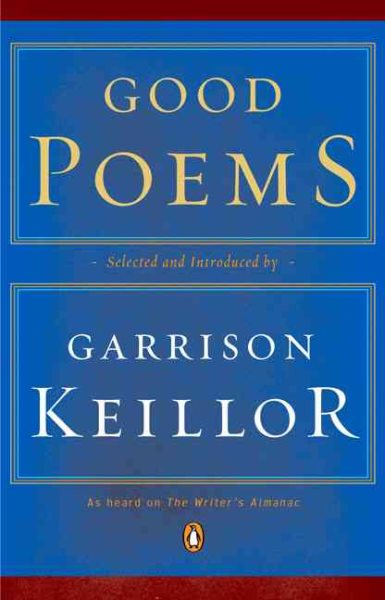 The popular radio show host showcases some of his favorite poems, including the work of Emily Dickinson, Walt Whitman, Robert Frost, Charles Bukowski, Donald Hall, Billy Collins, and Sharon Olds. Read More
America's beloved author, humorist, and storyteller offers a selection of meaningful and enjoyable poemsEvery day people tune in to The Writer's Almanac on public radio and hear Garrison Keillor read them a poem. And here, for the first time, is an anthology of poems from the show, chosen by Keillor for their wit, their frankness, their passion, their "utter clarity in the face of everything else a person has to deal with at 7 a.m." Good Poems includes verse about lovers, children, failure, everyday life, death, and transcendance. It features the work of classic poets, such as Emily Dickinson, Walt Whitman, and Robert Frost, as well as the work of contemporary greats such as Howard Nemerov, Charles Bukowski, Donald Hall, Billy Collins, Robert Bly, and Sharon Olds. It's a book of poems for anybody who loves poetry whether they know it or not. Read Less